Skip to content
RE Covid-19: Staff and Students returned to full on-campus operations and in-person studies effective Tuesday 19 October. The College has implemented all measures directed by the NSW Government's 'Return to Vocational Education & Training Guidelines'. Please direct all enquiries to: info@pca.edu.au 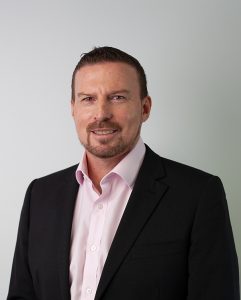 Dominic Buchta joined Patrick’s College Australia (PCA) in 2009 and has been working in vocational education since 1996. He was appointed Principal in September 2020 after more than a decade of teaching business administration at the College. He holds several qualifications in business, training design and development, and hospitality management. His professional background prior to teaching includes a wealth of experience in marketing management, club administration, the cosmetics industry and the Australian Army Reserve. He has guided hundreds of young women and men to success in gaining paid employment.

Dominic has won numerous accolades throughout his 25 years in management and vocational education which include the Rotary Pride of Workmanship Award, and the Tyrell’s Wines Study Tour Bursary  where he helped with their 2002 vintage. He has also been sought after to write curriculum for TAFE NSW, Clubs NSW and Cengage. Dominic is committed to lifelong learning and is currently studying Mandarin. He is a Member of the Australian Institute of Office Professionals and is a Fellow of the Commercial Education Society of Australia. 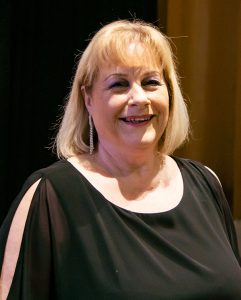 Sandra Newdick joined PCA in 2017 as a Lecturer in Business Administration. She has been teaching for over fifty years in vocational education and is an expert examiner in keyboarding and document production. As well as several qualifications in business administration, Sandra has completed a Teacher’s Diploma with Pitman’s in London, UK. Her teaching style is also complemented by many years of experience as a secretary and office manager herself. Sandra is a Member of the Commercial Education Society of Australia. 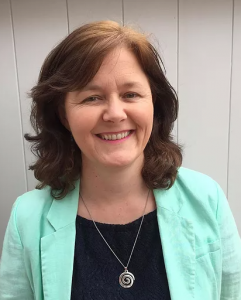 Bernie McFarlane has twenty years’ experience in guiding and coaching people into the right courses and careers. Her expert networking skills with the corporate world have given her a genius reputation when it comes to understanding the needs of employers. When she’s not assisting students at Patrick’s with their career goals, Bernie runs her own careers consultancy. She holds a Bachelor of Arts in Psychology and Sociology from Deakin University, has completed professional studies in Human Resources and is a Fellow of the Commercial Education Society of Australia. 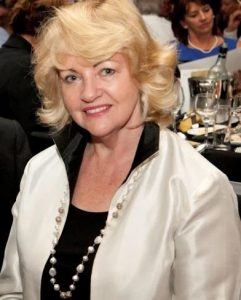 Helena Bailey is an accomplished Australian television and media personality. She is best known for her role as “Miss Helena” on the much-loved national children’s program, “Romper Room” where she appeared in a total of more than 2,000 shows from 1978 to 1987 for the 7 Network. Helena has appeared in “E Street” on Network 10 and in many TV commercials for major brands such as British Airways, Kodak, Joyce Mayne, and Aeroplane Jelly. She has been an Advertorial Presenter for well-known products, a Celebrity Judge, and in more recent times has appeared as a Guest on “Today” (Channel 9), “Studio 10” (Channel 10) and “Daily Edition” (Channel 7).

As an Educator, Helena was Manager and Lecturer of the June Dally - Watkins Business Finishing College where she taught Speech Training, Etiquette, Grooming and overall Business and Professional Presentation. She was also the Presenter for the QANTAS Corporate Training Videos in past years. Helena is a qualified Primary School Teacher and taught for many years before becoming a media personality. Her current enjoyment involves supporting charitable causes as a Patron of a charity and as an Ambassador and Guest Speaker for numerous others.

Helena brings her wealth of experience and knowledge to Patrick’s as the Lead Lecturer of the Corporate Senses Course (Seeing, Hearing and Speaking in the Corporate World) which is an Enrichment Program for Business Administration students at the College. She works alongside the College Principal and Industry Liaison Manager to make sure students are well prepared in speech and communication before they enter the workforce. 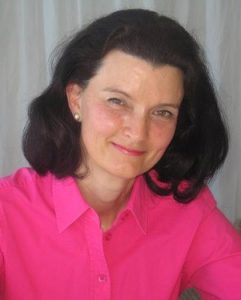 Brigid Treloar has been an Educator for over 25 years. She has also been highly sought after as a Freelance Consultant to large companies and as a Media Presenter appearing on both Radio and TV. In her school days, she was trained in professional etiquette which she believes prepared her well for life, not only socially, but also for the corporate world where she worked for many years. Brigid brings her wealth of knowledge to Patrick’s as the Lead Lecturer of the Professional Edge Program which is a full day activity training women and men in Professional Etiquette for the Modern Workplace. She works alongside the College Principal and Industry Liaison Manager to make sure Patrick’s students are well prepared in their presentation before applying for jobs.

READY FOR A CAREER? START HERE.